Unknwn Appeals to Women With Footwear and Football

Unknwn wants to become known as a shopping destination for women — and it’s picked Super Bowl LIV weekend to make its pitch.

A temple to sneaker culture, fashion and art, Unknwn, has been making a concerted effort to win more female fans. The retailer, which showcases some 175 sneaker releases at any given time; apparel by Thom Browne, Maison Margiela, Comme des Garcons and Jordan, among others, as well as private brands, has largely catered to men until now.

With the big game between the Kansas City Chiefs and San Francisco 49ers being played on Sunday right in Unknwn’s backyard — Miami’s Hard Rock Stadium is only 13 miles from the retailer’s recently opened 10,000-square-foot store in the city’s Wynwood Arts District — Unknwn is suiting up for a women’s-focused football-themed event, “The Future Is in the Air.”

The concept is reinterpreting the Super Bowl through a female lens, a spokesman for Unknwn said. “We want to bring to life the intersection of creativity and sports.” “Nike is a very close partner of Unknwn,” he added. “We’ve had access and continue to have access to the most limited-edition items from Nike.” 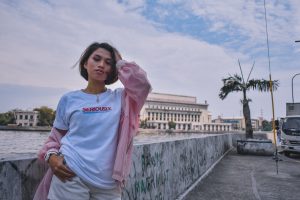 “We’ve always valued the woman consumer,” said Frankie Walker Jr., who cofounded Unknwn with LeBron James and Jaron Kanfer. “As we expand and grow our footprint in the market, we want to give a platform to women. The Super Bowl is our chance to highlight women. It’s the perfect opportunity.

“Being a sneaker-inspired space, we’re now predominantly a men’s-driven business, but we have a very consistent base of women,” Walker said, adding that the women who shop at Unknwn “aren’t afraid of getting into unisex items or men’s products in a smaller size.”

Walker said men’s wear-driven designers such as John Elliott are “starting to expand and bring women into that fold,” adding that Unknwn hopes to shift 25 percent to 30 percent of the total offering to women’s products. “We’re not there yet, but we’re on the path.” 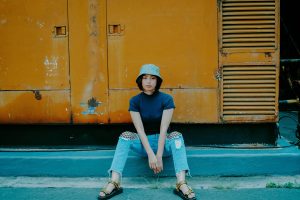 “The Future Is in the Air” will feature art, fitness classes and DIY workshops led by women for all. Miami artist Jessy Nite painted a mural on Unknwn’s exterior walls of its main courtyard, that reads, “First and Everything,” the NFL‘s tag line, and turned the courtyard into an abstract gridiron pattern of vibrant tropical greens.

The Unknwn Fit Club, made up of instructors from Miami’s fitness scene, will be teaching football-inspired classes and yoga in the newly painted courtyard, while DIY workshops will be led by Andrea Bergart, a New York artist, whose involvement with Downtown Girls Basketball inspired her to design handbags, such as the NBA OG bag, an official NBA youth-size leather ball with gold-finish findings, and leather strap, $960, and Olivia Rose from Bodega Rose, a creative studio founded by a Cornell University landscape architecture graduate, who creates installations with plants such as a signature basketball planter. Gelareh Mizrahi, an accessories designer, created an exclusive gift with purchase for the Air Max Verona.

Unknwn Appeals to Women With Footwear and Football

Madhappy Leaps Into Aspen on a Cloud of Positivity

Madhappy Leaps Into Aspen on a Cloud of Positivity