Top American fashion label Tommy Hilfiger has launched its first hijab, in a move that some see as a welcome shift towards embracing more diversity but others see as a canny decision to tap into a growing segment of the fashion market.

The Hilfiger hijab has the letters “TH” initialed throughout the garment, and has been crafted from fine jacquard fabric. It comes in ivory and “sky captain” grey. Last month the label dressed model Halima Aden in a custom-made burkini for Sports Illustrated.

It’s not the first time the fashion industry has recognized the significance of so-called modest fashion. In 2016 at New York fashion week Anniesa Hasibuan was the first designer to show a collection where all models wore the hijab. Dolce & Gabbana,DKNYand Mango have done “Ramadan collections”, while worldwide Modest Fashion Weeks are happening from Miami to Amsterdam.

After the fashion industry has been criticized for its lack of diversity andracism, following the Black Lives Matter protests, the Hilfiger hijab could suggest major fashion brands are stepping forward with inclusive practices. But Hassanah El-Yacoubi, founder of modest fashion brandPFH, says that it also shows market changes rather than cultural ones. 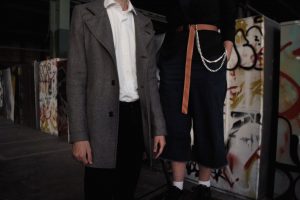 “It’s more indicative of an ever-growing Muslim consumer culture that is lucrative and thriving more than ever now,” El-Yacoubi said.

The Islamic fashion industry is estimated to be worth $88bn by 2025, according to Grand View Research. “I think the timing reflects the need to address a growing desire in the market by consumers – especially millennials and Generation Z – for greater inclusivity from the brands they support,” said Arthur Zaczkiewicz, the executive editor of fashion industry publication Women’s Wear Daily.

Research has shown that a younger tranche of consumers are less concerned with “fitting in” and more with making choices that reflect their own values. After years of being “othered” by mainstream fashion, the perception of modest fashion is altering. “I believe we are experiencing a permanent cultural shift instead of a fleeting style that’s in vogue temporarily,” said El-Yacoubi. 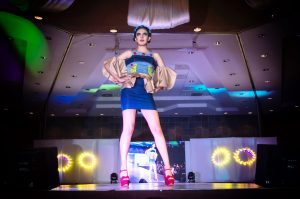 Yet most observers believe the Hilfiger hijab is only a small step towards a wider acceptance of Muslim dressing.

“No matter how mainstream or celebrated modest fashion has become, the reality remains that Islamophobia and anti-Muslim sentiments have been at an all-time high in the US,” said El-Yacoubi. Hate-crime violence hit a 16-year highlast year in the US, while in 2019 52% of UK hate crimes were committed against Muslims. 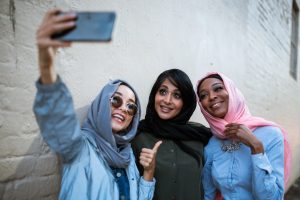 “Since modest fashion is generally perceived to be a phenomenon spearheaded by hijab-donning women, they usually bear the brunt of such beliefs,” said El-Yacoubi. Muslim clothing continues to be a political lightning rod and a sartorial subtext for Islamophobic rhetoric.

Still, the launch of the hijab follows on from Hilfiger’s promises to be more inclusive. Last month its parent company PVHannounced a program to increase opportunities for people of color people at the company.

Reuse, renew, recycle! Is making new from old the future of fashion?