The hoodies, which come in green and black, retail for $140.

Following up on its New York Tougher Than Ever initiative, Phillip Lim and Ruba Abu-Nimah, global creative director of Revlon, have collaborated to produce limited-edition, screen-printed sweatshirts of which 100 percent of all net proceeds will be donated to the Lebanese Red Cross and the Slow Factory Foundation to help communities affected by the Beirut tragedy.

The Champion reverse-weave hoodie, retailing for $140, comes in black (English) and green (Lebanese). It has the graphics, “Beirut. Tougher Than Ever” in both languages. 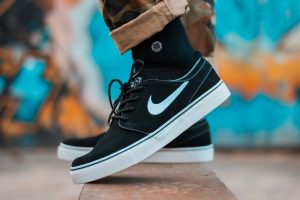 The unisex sweatshirt, which is 80 percent cotton and 20 percent polyester, is offered in sizes small through extra large. It is handprinted in Brooklyn, N.Y. They are available on 31philliplim.com.

On Aug. 4, a large amount of ammonium nitrate stored at the port of Beirut exploded, causing at least 190 deaths, 6,500 injuries, $10 billion to $15 billion in property damage and leaving an estimated 300,000 people homeless.

In July, Lim and Abu-Nimah collaborated on a range of merchandise as part of the New York Tougher Than Ever initiative, where 100 percent of the proceeds from the sale of hoodies, crewnecks and T-shirts benefited Thrive Collective and Immigrant