Many kinds of fields reach the same toughness and strictness as any other profession. However, the modeling industry is one of a kind. The modeling line of work taxes a lot of energy for any aspiring models out there which leads to their strong upbringing to endure the occupation well. It is one of the harshest industries to name, with high, and at times unfair, and not-so-flexible, standards. It takes a strong mind, an open heart of hearing more words like “no” than “yes,” meeting tight deadlines, and long hourly photoshoots that will leave them fatigued at the end of the day. Even a tough cookie like Gigi Hadid takes every modeling gig professionally to circulate her popularity everywhere that not even one individual never claimed to not have heard of her. It takes hard work for every model in the industry to stay and faith in themselves to make it out alive.

A lot has changed over the years, and the digital realm is no exception. The standards for being labeled a model or supermodel have been re-established because it is now critical that all those in the industry have a large internet presence. With the exponential rise in the usage of social media, engagement is prioritized over anything else. Sure, the modeling industry does normally equate a model’s attractiveness with her ability to get booked, however booking a gig today will never leave out unusually curious questions such as the number of followers these models have, or if he or she are capable to bring about high engagement, rather than how they are visually appealing to the public. Today’s modeling requirement has drastically changed where models must now be social media influencers in addition to being gorgeous, fit, and healthy.

Here is how social media platforms affect the modeling industry which provides insight to how it is a pro and a con to both social media and professional models respectively:

It Is Easier To Be Called A Model One fact that is sure: Models from the pre-social media era are not too happy to hear about this. It may seem unfair for them who worked harder than anyone else to get to where they are now. Besides, most of them are not dependent on these social platforms to build their name in the industry. Now that we are living in a new digital age where social medias like Instagram, Facebook, Twitter and many more are proving their presence to be more imminent on the world of Internet, it is like the simplest method ever to slip through the cracks of the modeling field to walk the runway. Victoria’s Secret model Rebecca Romijn, who has also made her way up as the Sports Illustrated cover girl, believes that models like Gigi Hadid’s careers would never be equal to modeling icons like Naomi Campbell and Cindy Crawford. Some of the so-called models who rely on their social media accounts are no stranger when they decide to buy instagram likes for higher engagement and more exposure to propagate their brand across the cyber globe.

Injustice To Other OG Models

Romijn disagrees that having a social media presence should be prioritized over having runway experience and is dissatisfied that prestigious fashion magazines, such as Vogue, are awarding social media stars the label of model. Other implications worth mentioning are in terms of pay-wise, those with social media presence are required to do less while being paid more compared to actual skilled models, hence shedding light on the unfairness of things in the industry. Instead of going to a shoot and following directions for a few hundred dollars, they only need to be skilled at taking selfies for a few thousand bucks. When you put it that way in a logical sense, that does seem to be a one-sided circumstance which is justifiable to incur wrath upon the real models due to the fact that their efforts are invalidated in a way that is offensive to their work.

A Chance For The Unqualified Ones 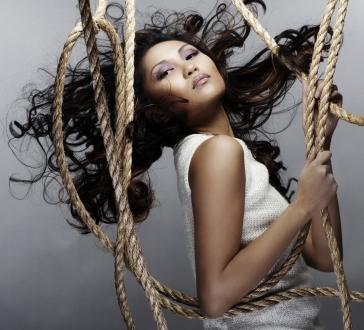 Every cloud has a silver lining. Despite the negative perspective from the experienced models who have put their entire life on the line solely for this field, it is still a once-in-a-lifetime opportunity for the models who originates from social media who barely has what it takes to be entirely involved in the modeling world due to lack of requirements such as standard body dimensions, personality, photogenic properties and many more unfulfilled characteristics to contribute for the runway stage or photoshoots. They may not be fitting the cookie-cutter model look, but they do have high aspiration to be one. In fact, a number of modeling agencies have been spotted to slide into their DM’s to scout, and of course, who would not be excited for that, right?