Estée Lauder is reviewing the language and marketing around its skin-lightening creams, after accusations of cultural insensitivity levelled at rival cosmetics firms. The company, which owns 25 brands including Bobbi Brown, Clinique and La Mer, did not disclose which products would be affected. It will assess the use of terms such as lightening and brightening on its products and if certain product lines should have a wider range of shades, Estée Lauder’s senior vice-president, Susan Akkad, told Bloomberg. 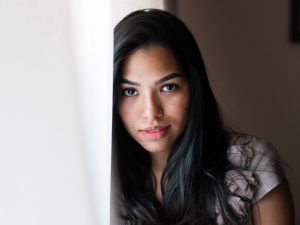 It comes as cosmetic companies are accused on social media of hypocrisy for selling skin-whitening products while supporting the Black Lives Matter movement.

An Instagram post about racial justice by Unilever, which sells India’s best-known skin–lightening products, previously named Fair & Lovely, provoked angry comments. “Your skin lightening brands have ruined thousands of people’s perceptions of their beauty and self-worth based on their skin tone – how about fighting for justice by getting rid of them?” read one.

The author and celebrity chef Padma Lakshmi wrote on Instagram about how the product had made her feel insecure while she was growing up. “Colorism is a persistent social force in India, and many south Asian countries. I know it made me feel insecure growing up. We need to dismantle this harmful relic of colonialism through representation for all skin tones.”

Estée Lauder is not the first cosmetics company to take action. In June, Johnson & Johnson announced itwould stop selling dark-spot reducers, which lighten skin, within its Neutrogena Fine Fairness and Clear Fairness by Clean & Clear lines, which are sold in the Middle East and Asia. Unilever also saidit wouldrename its Fair & Lovely line, now called Glow & Lovely, and remove the words lightening, light, fair, fairness, white and whitening on all of its brands and products. L’Oréal said it would also remove words such as white and fair from its products.

The beauty industry has been criticised for not catering to different skin tones. In 2017 Rihanna’s Fenty Beautywas considered groundbreaking for releasing 40 shades of foundation.

“Because black folks have not been in power, the beauty industry has always marginalised us and told us that our bodies and hair are not OK and needs to be changed,” Sami Schalk, a professor of gender and women’s studies at the University of Wisconsin-Madison, told the Business of Fashion.

Fire in your belly: the return of men’s crop tops

Fire in your belly: the return of men's crop tops