The “Golden Age” features gold waterfalls that serve as a dialogue with the golden mosaics in the Basilica and runs Sept. 1 to Nov. 15.

DIGITAL GOLD: As the cultural scene gradually reawakens in Europe following months of coronavirus cancellations, Dior is doing its part to fire things back up, sponsoring an exhibit called “L’Età d’Oro,” or the Golden Age, by Fabrizio Plessi in Venice.

The 80-year-old artist has set up digital waterfalls of gold in the windows of the Correr Museum, which lines one side of Venice’s Piazza San Marco, facing the Basilica. The installation reinforces the message held in between the paws of the city’s lion — the words “pax tibi,” which mean “peace upon thee,” figures in the waterfall, which will also carry a soundtrack by Michael Nyman. The British composer has worked with Plessi in the past. 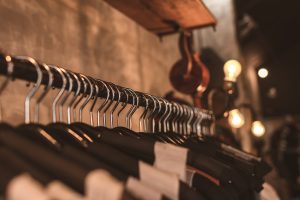 “The past and the future live together,” he explained. The artist, who set up an installation in the same place 20 years ago, noted he again sought to show the utmost respect for the architecture.

“Here art does not deceive: the technological and intangible work does not pretend to be anything else but expands the golden matter in a fluid eternity, to pervade the time and space of the stone-built city surrounded by the lagoon and its infinite reflections of light,” noted the museum.

“It’s an homage to Venice, the city that welcomed me 50 years ago,” said Plessi. The exhibit, originally scheduled for May, runs from Sept. 1 to Nov. 15.