Since the dawn of fashion, of course, there has been a lot of runway shows. Maybe too many to count. However, only a few are actually iconic. A lot are okay, some have failed but the ones that are iconic are the ones that people actually remember and talk about. I mean, yes, people talk about the bad ones too but only for a short while and then everyone is over it. Only the best of the best leave a mark and is talked about a lot throughout time. Similar to how models or supermodels are. There are models that are okay, there are ones that are not so okay, and then there are the ones that actually make an impact.

By impact, I do not mean how pretty or photogenic they are. There is a lot to being a model. Models are, as we all are, just human beings at the end of the day. So no, modelling is not just strutting and going to photoshoots. It’s about being inspirational and being a good role model for the people looking up to you too. On the other hand, as the people who look up to role models, we have to remember that, as mentioned before, they are just humans like us and they are allowed to make mistakes. This has to be mentioned because nowadays, people are so quick to just “cancel” whoever made a mistake. It is an irrational and very hasty decision that just leaves the person being “cancelled” in a corner, not knowing what to do.

Models are amazing people that do great jobs at wowing everyone they meet. Even on runway shows, they aren’t flawless but they manage to grab the attention of everyone in the room. Speaking of which, here are some of the best and most memorable runway shows of all time. 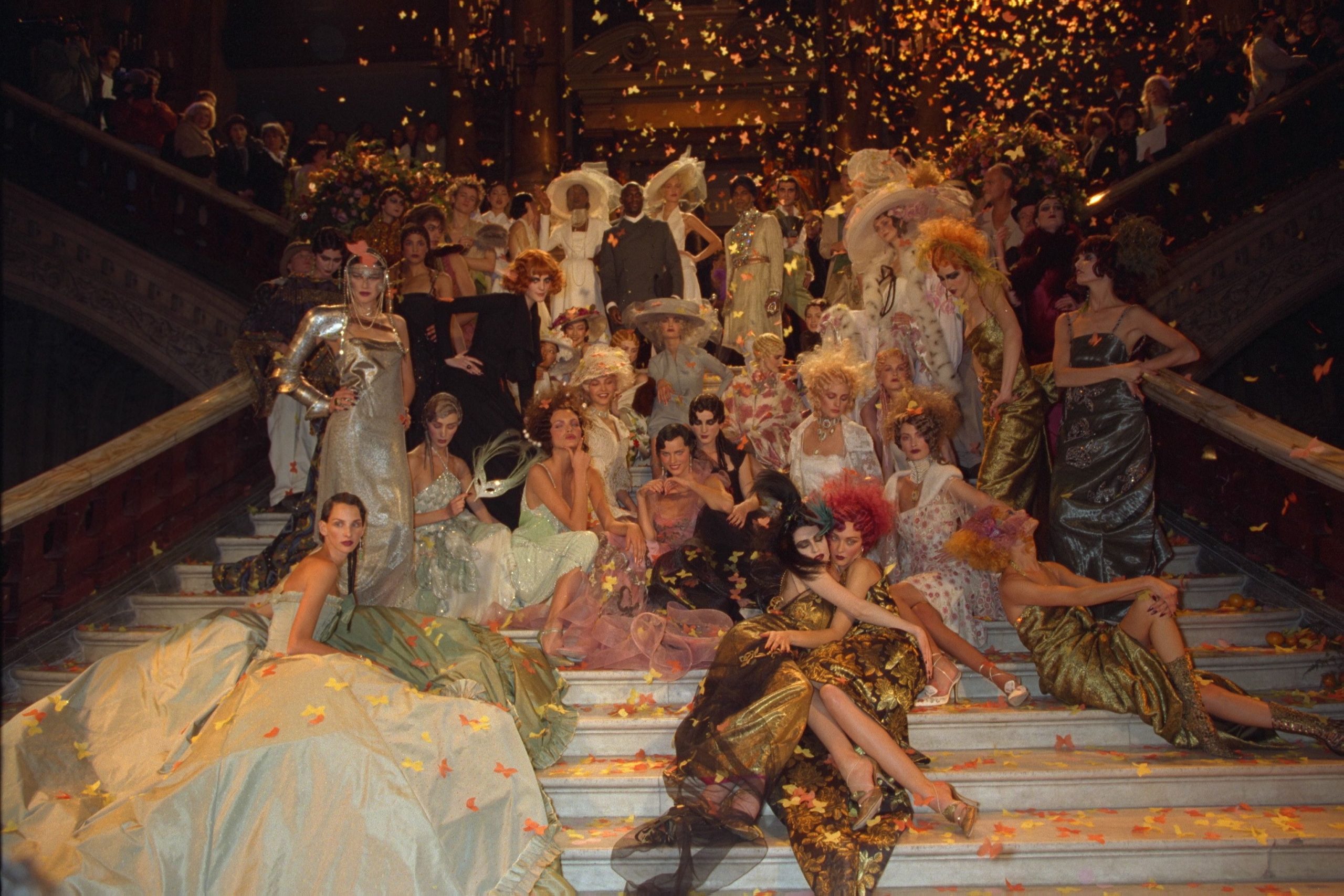 In this year, a couple of the hottest designers would be Alexander McQueen and John Galliano. The thing about this show is that both of them realized that runway shows are more than just a tactic to promote and sell their line of clothing. It can be a show or performance that will further enhance whatever they have put out. Thus, Galliano incorporated tango dancers, orchestra as well as dozens of extras dressed as figures from the world’s greatest operas. Without letting it take the attention away from the clothes, of course. How they crafted the performances were just ways they could let people see the beauty in what they’ve put out. Having an interest in the connection between the human body and science, Hussein Chalayan is a Turkish Cypriot/British fashion designer who has managed some of the most inventive runway shows that people have ever seen. For this autumn/winter show in the year 2000, the models transformed chairs into dresses as well as coffee tables into hooped skirts. Instead of being just a runway show, it became a somewhat theatrical performance that entertained everyone. 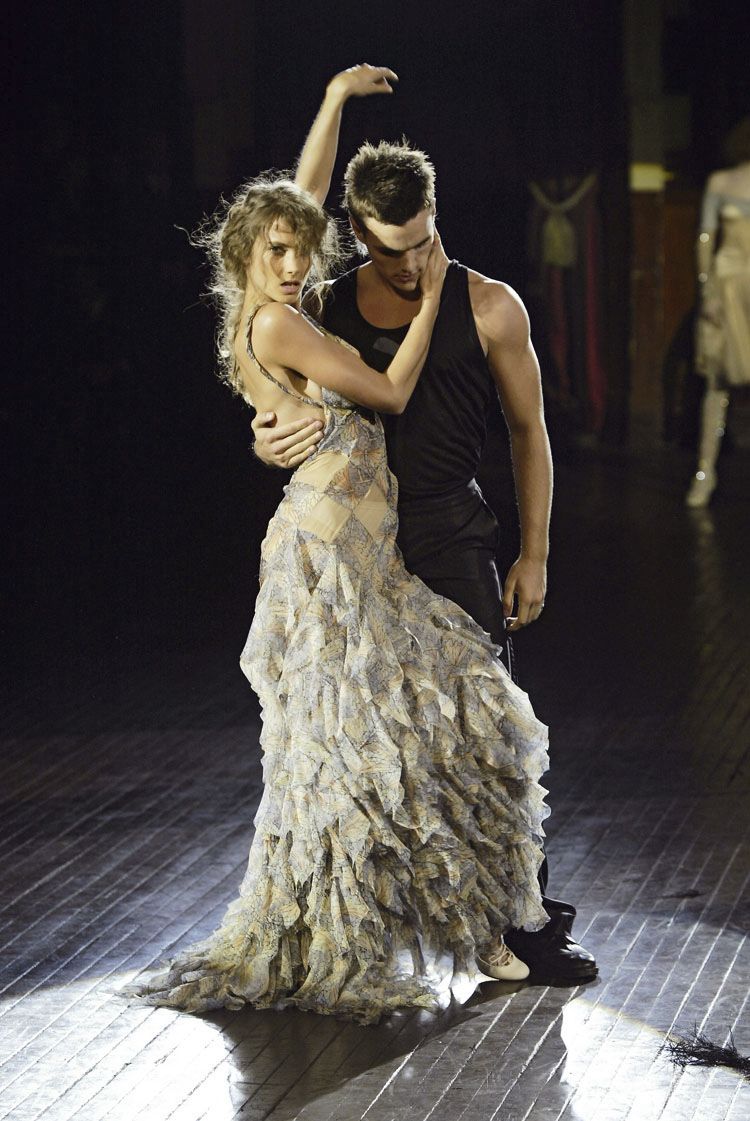 Inspired by a story of young dancers growing up in Depression-era poverty, Alexander McQueen’s runway show has to be included in one of the most memorable shows. Choreographed by contemporary dance maestro, Michael Clark, McQueen got a couple of professional dancers to deliver a mesmerizing dance performance. The woman, Karen Elson, wearing a ragged dress being carried around the stage as if she were lifeless. The performance was breathtaking and it was well-choreographed too, making it satisfying to watch. This may be one of the shows that actually left a mark on people. Filled with deep meaning, Rick Owens is an American fashion designer who has always been very unique and “out there when it came to his fashion shows. For 2014’s spring/summer show, he hired a step team. “Stepping” is basically a type of dance that incorporates the uses of your whole body, usually with footsteps, spoken word and handclaps. For Owens’ show, he incorporated a military drill with cheerleading from Historical Black Colleges and Universities (HBCUs) to perform the aforementioned dance. In this show, Owens has successfully portrayed overlooked performing arts to a wide audience while showing effort in trying to push out outdated cultural stereotypes.

Thus, here were some of the most memorable runway shows throughout the years. It’s very different from what people in other countries do. For instance in Malaysia, they would hire a Glasswall Specialist KL to maybe install a glass partition wall Malaysia so that their shows would look more elegant. Plus, the glass wall industries like Hufcor include a glass wall that is operable so it’d add a little spice to the show. If you’re aspiring to be a fashion designer, the designers mentioned above are ones you can take inspiration from to run your runway shows.

For more articles like this, you can visit Runway Daily.

Why Is Having Good Posture Important for Fashion Models