Instagram cannabis models – say what?! Yes, there are beauty models, fashion models, and now there are cannabis models on this humble image sharing platform. Social media has taken the world by storm, and that includes the cannabis industry as well. If you’re a stoner, feel free to follow these 4 Instagram models who are actively involved in the cannabis community: 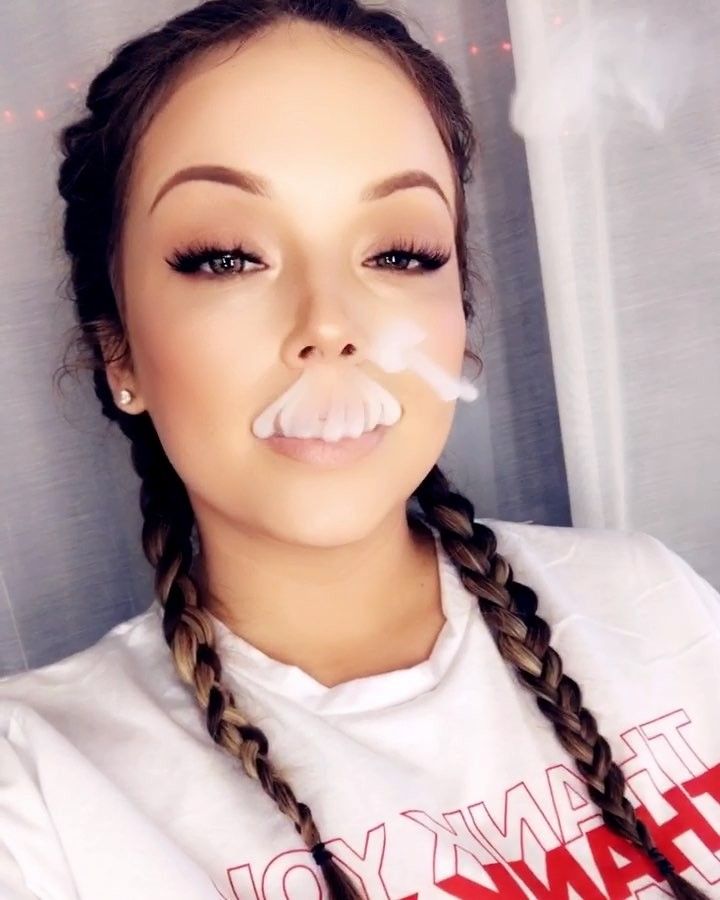 Hailing all the way from Los Angeles, Dani has been a cannabis enthusiast since she was merely 20 years old. Ever since then, she has been modelling by doing photo or video promotion shoots as well as selling some rolling papers. The funny thing is that Dani started going into social media from Youtube at first by shooting beauty tutorial videos. Shortly after, her passion for beauty related videos faded. Instead, she started putting out different content on her Instagram by working together with various cannabis companies. She mentioned that she loves weed, hence, she wanted to make money doing what she loves. It was her own creative outlet to share with the world by uploading their favourite products and unique smoke shots. Her advice on those with a different mindset and perspective of having a profession related to marijuana is that you have to know why you are doing it. As long as you know your own goal and purpose, then other people’s opinions won’t matter. 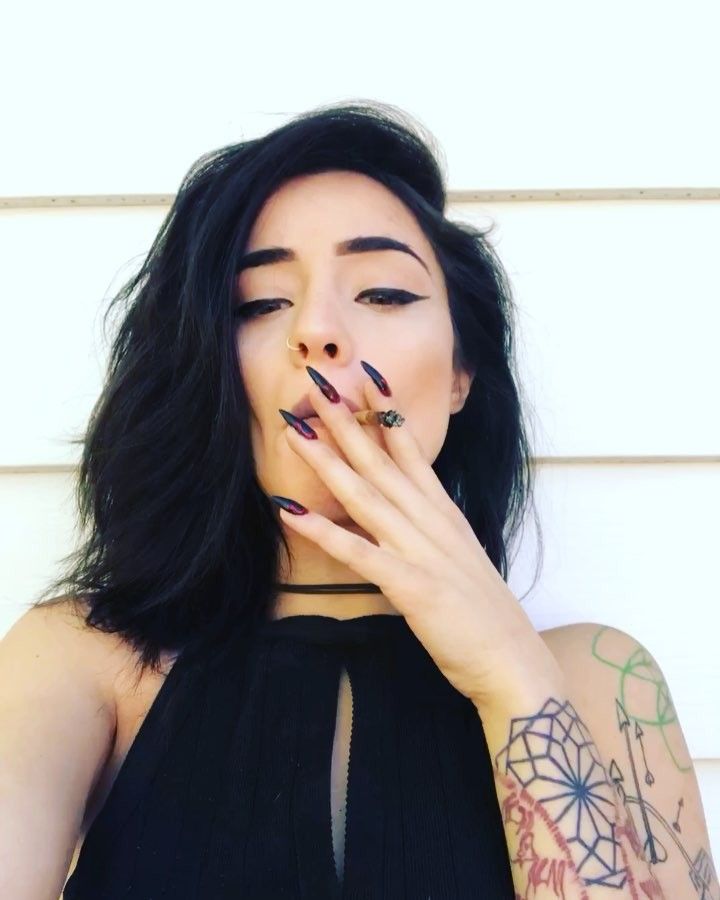 Nikki is someone who has an interest in the outdoors as well as making new friends while exploring new cultures. With her keen interest in recreational and medicinal marijuana, she started working in a weed dispensary in California once the Californian recreational laws were updated and implemented. When the laws changed, stoners were excited to show off their weed collection and stash. Nikki has always been in love with photography and modelling, which is why she started incorporating weed together with nature. Through her Instagram, she helps others by offering valuable information alongside providing reviews and promoting products to her followers. Initially, her family members were not too keen on the idea of promoting the use of cannabis. She mentioned how it’s more of an old education problem whereby they were taught that weed is not a good thing to consume. They were not told of the multiple benefits one can get from smoking weed. For Nikki, weed has managed to calm her anxiety after having to try multiple medications made for treating anxiety. In a way, cannabis helped save her and provide an outlet to cure her anxiety. A girl who was raised by a single mother, Clara didn’t have it easy while growing up. Her mother was one of the most caring people ever despite working to the bone trying to save up enough to get by. For the past few years, it has been a rough road going through several hurdles in life. Despite the hardships, eventually, Clara met the love of her life who is also her best friend. He inspired her to start a business together, which is a custom apparel printing company. Several years later, she proceeded to open her own shop located in Colorado called The Beedy Nasty. She intended to use Instagram as a platform to share bits and pieces of her life alongside promoting her own business. Cannabis helped her throughout the hard times, especially at the age of 21 where it was one of the hardest years. She used cannabis as a substitute instead of pharmaceutical products. 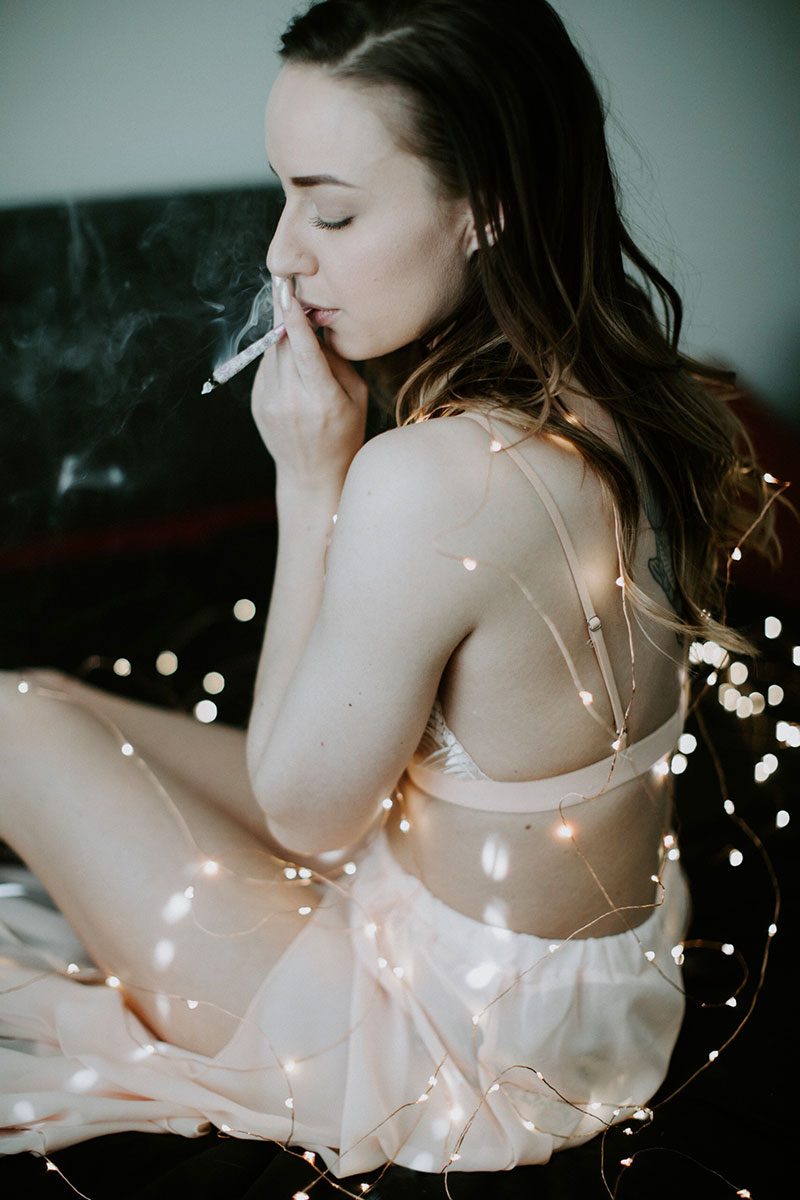 A photographer by profession, Mariah is a professional photographer for a product, landscape and portraits, and her most favourite – photographs of cannabis. She has been using Instagram for several years, but was never active or used it as an outlet to share her love for photography. Only recently she decided to be active in order to grow her account to reach a wider audience by uploading a cannabis theme. In 2014, she started a weed dispensary together with several others and held the position of a social media manager as well as a budtender. Hence, that is when she decided to share more content related to cannabis. Few years after that, she quit her full-time job to be a photographer. Though there are some issues related to cannabis photography that violate the rules of Instagram, Mariah does not let that stop her. Instead, she is being careful with what she put out to prevent her personal account from getting shut down. Fortunately, Mariah’s family were extremely supportive of her going into the cannabis industry. Cannabis has helped her in many ways, including shaping her career while being a form of medication by treating her insomnia, anxiety and nausea.

How To Take Fashionable Pictures Like A Model: Tips From Well Known Models

How To Take Fashionable Pictures Like A Model: Tips From Well Known Models

What Impact Does Social Media Have On The Fast Fashion Industry

2022 Fashion Predictions: What’s In and Popular